Product Ref (SKU)#:
QR0736
Manufacturer: UK Wildlife Cameras
Be the first to review this product
Skip to the end of the images gallery

Skip to the beginning of the images gallery
£102.99
In stock
Add to Wish List Add to Compare
Email
Details

This wireless bird feeder camera system is a fantastic way to observe birds feeding from your very own wildlife channel at home which can be viewed through a TV or a computer.

This is a analogue system and the camera will need to be powered by a nearby power source either using a 12V battery pack or a mains power supply unit connected to a nearby socket i.e in a shed. A 5m power extension cable is supplied and can be further extended if required. As with all analogue systems they offer up to 100m in range, however will be significantly reduced with obstructions in between the camera and the receiver. We do also offer wired options and Digital Wireless Bird Feeder Cameras which can offer greater range.

This is a complete ready to install system.

FAQ
Power Cable Length
The supplied length is 5m which can be extended to a maxmum of 100m with the standard power supply unit.
Extension cables are available separately which will plug directly to the end of the single exisiting cable.

Powering the Camera
As with all electrical devices power is required and with the majority of nest box cameras this would be external.
This is due to the wireless power consumption being quite high, and small batteries within the camera's body would only last for a few hours.
A 5m power extension cable is supplied to run the power source away from the nesting source (e.g. a nearby shed or to the bottom of a tree) to a 12V battery or to the supplied mains power plug. The power cable can be extended.
The wireless aspect refers to the wireless transmission of video and audio which is relayed back to the receiver. For some users they may refer this to as semi wireless.

Rechargable power banks in different sizes with different usage times are available separately. The option of solar panel systems are also available for a complete autonomous setup. The location of installation of these would be away from the nest box for instance at the base of a tree to prevent any disturbance to the nesting site.

Wireless System Type
This is an analogue bird box wireless system which means it can suffer from wireless interference from other local wireless devices.
At a power transmission of 10mW (restricted by Law) for analogue systems a maximum theoretical range of 100m could be acheived. Numerous users have reported various ranges anything from up to 70 metres to 20m, and occassionaly there may be users that are unable to have the unit working across a single wall. We reccomend from experience a range of 30m on average is acheivable.
As with all wireless devices range would normally drastically reduce with an obstructions in particular walls. High gain antennae along with receiver extension cables for repositioning are availble separately.
UKWCs do offer digital wireless systems and WiFi digital systems that are interference free, with more powerful built in transmitters (100mW). The wireless ranges can be pushed to around 250m, and our bespoke systems can go into kilometers if required.

Additional Wireless Cameras
This analogue bird box wireless system is capable of accepting a total of 4 indepedant wireless cameras.
You will need a separate analogue wireless camera operating on a different channel.
Pressing the switch on the 4 channel receiver will change the channel of the camera to be viewed. As one camera is supplied in this bird box system, and an additional three can be added.

TV/Computer Connection
The system offers the standard connection which plugs directly to the back of a TV/Monitor through the RCA. These are normally round phono type connections found on the back of most of these devices and would look like round sockets normally coloured yellow (video), and white or red (audio).
The cable will directly connect to these with a third lead which is to be connected to the mains power plug.

HDMI and SCART adapters are available separately. These simply plug directly onto the existing cable.

A USB convertor will directly plug onto the cable and the other end to the PC/MAC. This can be added at a later stage if required. The software supplied will allow the user to record, and watch live directly on the device. It is further possible to set motion detection.

We use discrete packaging. The exterior of our delivery parcels & postage labels will not indicate the company name or contents.

Delivery times vary with the courier. Normally this is 2 to 3 working days.
Especially during the busy periods in the year it may take longer. We will do our best to keep our clients updated with any delays.

Most of our delivery options will include a tracking number and can be provided if requested.

Should the recipient not be present at the time of delivery the courier may leave a card to rearrange redelivery. You can arrange to have your parcel left at your safe spot or neighbour and at a different address if required.
If a parcel has not been delivered within the given timefram, please let us know and we will chase this up. 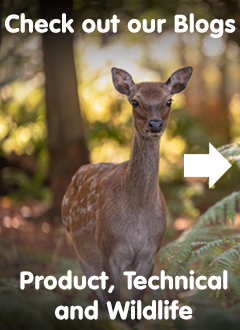