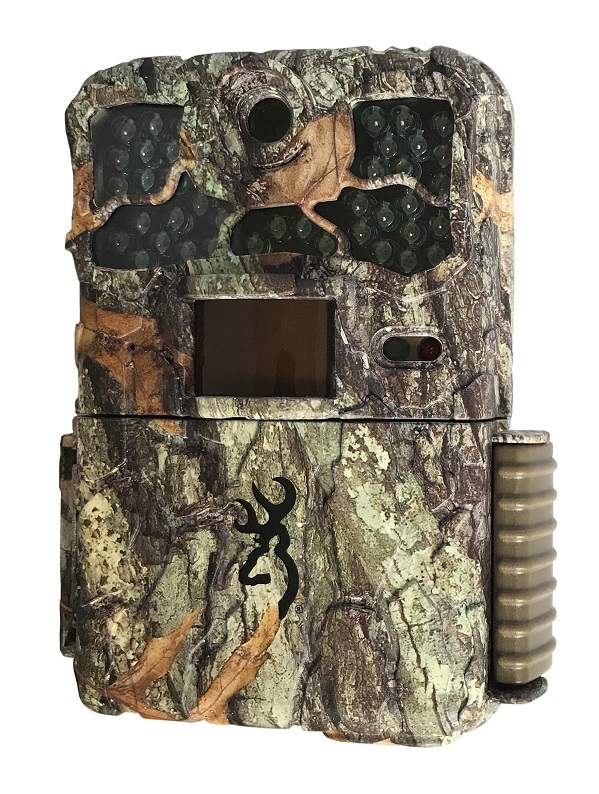 Introduced as part of Browning’s latest line up of wildlife cameras for the 2020 season, the Recon Force Edge packs plenty of impressive hardware along with a rugged design and a host of other benefits that are worth looking at. It is a worthy replacement for the Recon Force Advantage and gives you plenty of ways to control how it shoots both still photos and high definition video clips.

Read on to find out more about what the Browning Recon Force Edge has to offer and why it might be worth choosing over rival devices.

First and foremost, you need to consider the still-capture potential of any camera trap that is on your watch list. In the case of this new model from Browning, you get a 20 megapixel maximum image resolution, which should give you enough detail and clarity to see a whole host of animals up close and personal without having to invade their space in person.

Of course, you don't need to use the highest resolution all of the time, and by changing to a lower capture res, you can make more efficient use of the onboard storage space.

As you would expect from a modern trail camera, the Browning Recon Force Edge is highly capable when it comes to capturing still images during the hours of daylight, but since many of the creatures who share the planet with us are nocturnal, it is also an able performer after the sun has set on another day. This is achieved thanks to the inclusion of low-glow infrared LEDs that are mounted within the body of the camera and arranged around the lens so that you can enjoy visibility at up to 60 feet when it operates in night vision mode.

Recording video is another of the key capabilities of the Recon Force Edge, and it makes full use of its suitably powerful internal components and high resolution sensor to allow for clips to be captured at 1080p full HD at either 30 frames per second or 60 frames per second.

The decision as to which FPS setting you choose will come down to your preferences, as well as being based upon the battery life available and the amount of storage space you want your clips to monopolise. 1080p clips shot at 60fps will be much larger than those shot at 30fps, and you can make your memory card go even further by choosing a lower 720p capture resolution if you wish.

Just as the camera can be used to take photos after dark, it can also record video using the night vision setting, which will open up a whole new world of animal activity which you would otherwise miss while tucked up in bed.

As with many of the other great wildlife cameras that are available at the moment, the Recon Force Edge from Browning has a built-in motion sensor which can be used to trigger it to snap photos or start recording video when something enters its field of view.

The motion-sensing potential of this particular model extends up to a maximum of 80 feet, and perhaps most impressive of all is the fact that it is not just a one-off trigger, but rather a system that is monitored in an intelligent way. This means that it can be used to control the way that video recording is handled precisely, by working out whether or not the subject that triggered it is still in view. So rather than cutting off early or running on for too long, it will record for precisely the right amount of time, giving you great results whilst also saving on battery life and storage.

You can even adjust the speed with which the camera is triggered, with the fastest possible time of 0.2 seconds giving you better responsiveness at the expense of clarity in some circumstances, while the maximum of 0.7 seconds lets your subjects get into frame a little more, but may result in some near misses. It is ultimately about giving you the flexibility you need to set the wildlife camera up how you want it, according to the kinds of animals you hope to spot.

Controlling the camera and reviewing pictures and videos is simple thanks to the 2 inch built-in colour display.

It has a memory card slot onboard which is capable of accommodating cards with up to half a terabyte of space, so if you have a spare 512GB SD card to hand or you are eager to invest in one, it can be kitted out with ample room for months and months of media.

Powered either via an external 12v jack, or with an octet of AA batteries which are sold separately, the Browning Recon Force Edge is a compelling wildlife camera to consider in 2020 and beyond.

If you are looking for a camera to take your wildlife photography and research potential to the next level, the Browning Recon Force Edge 2020 is a great place to start. Its 20 megapixel stills and 1080p video capture capabilities ensure that all of the important boxes are ticked, while its unfussy design and night vision potential, in combination with its motion-sensing prowess, round out the feature set well.

The Browning Recon Force Edge 2020 is already receiving a lot of positive feedback, both from customers who have already put it to use and from outlets and retailers that have been stocking it since it was released.

For some, the 1080p full HD maximum video resolution might seem to be a step down from the 4K-ready cameras that Browning also has on offer. However, the purpose of this model is to sit slightly higher than entry-level trail cameras in terms of price and features, while not bothering with the extraneous bells and whistles that can typify some of the more expensive devices of a similar pedigree.

It is also worth noting that with a highly durable casing, the internals of the camera are protected from the elements. Wind, rain and snow will not stop the Recon Force Edge from doing its job. With the camouflage patterning covering the exterior, it will blend in seamlessly wherever it is set up.

Many users appreciate the inclusion of a strap with this package, which allows it to be affixed to a tree or a fence post in a matter of seconds. This ties in with the overall intuitive nature of its design, which is simple enough for beginners to get to grips with but also adaptable enough to give users who have a little more experience the opportunity to change settings and tinker to their heart’s content.

There are plenty of other wildlife cameras to weigh up from the class of 2020, but the solid reputation that Browning has built as a brand should help to make the Recon Force Edge a stand-out option at this price point. It does not come with any wireless connectivity or smartphone app, but it does pack in everything you would want in a trail camera.