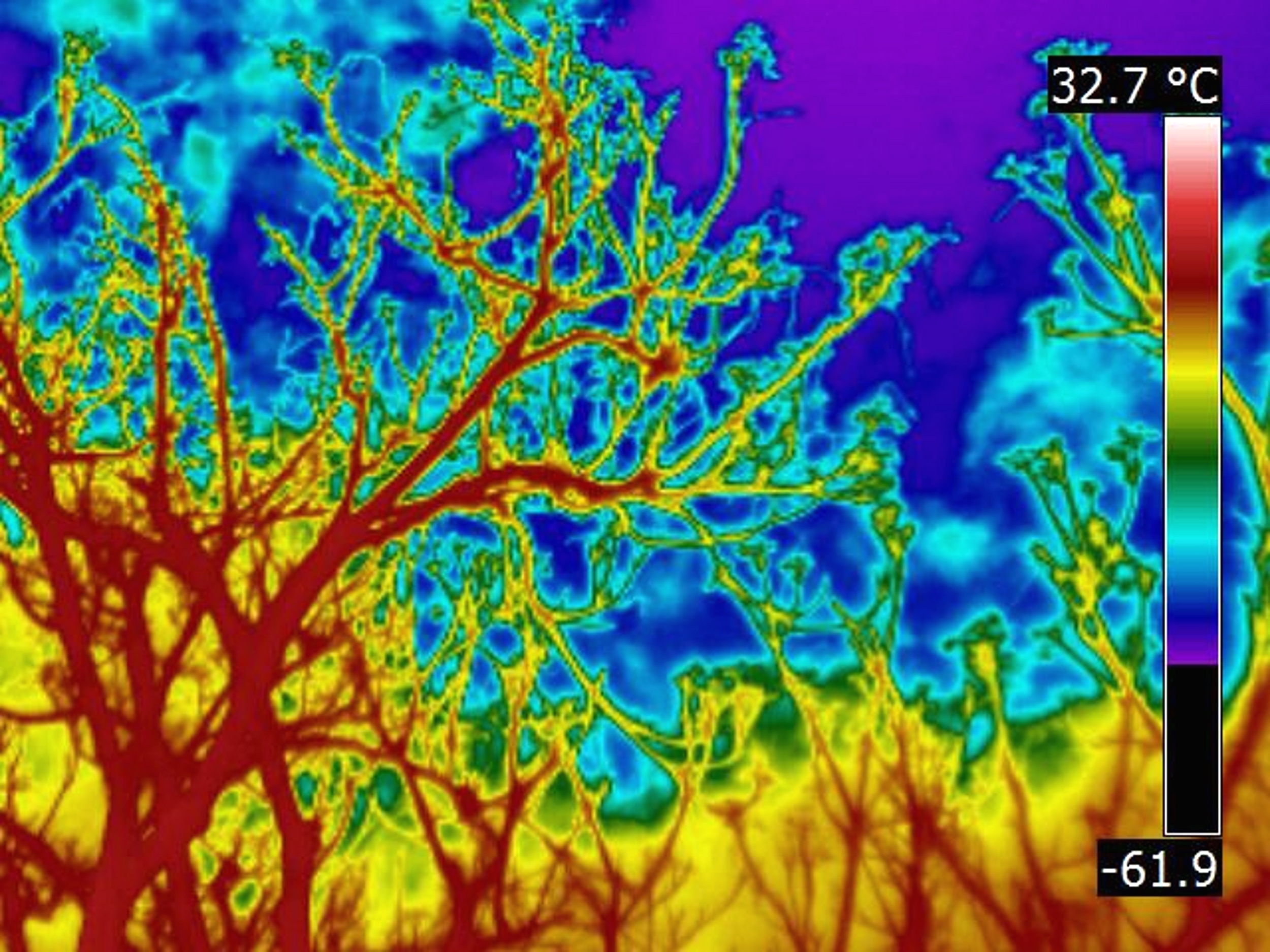 Thermal imaging cameras are not just useful for law enforcement; they have a great deal to offer wildlife fans who are eager to see what nocturnal animals get up to after dark.

Indeed since more mammal species are nocturnal than not, it makes sense to opt for thermal imaging cameras if you want to ensure that you can capture the action regardless as to the ambient lighting conditions. Thermal imaging is also useful if you want to spot animals which are naturally well camouflaged in their preferred habitat. This goes one step further than simple night vision, instead allowing you to pinpoint warm-blooded critters against the undergrowth from significant distances with relative ease.

Of course, there are many different types and models of wildlife camera which come with thermal imaging capabilities. And as with any other technical considerations in the context of wildlife cameras, it is important to understand and to review the specifications in order to determine what differences exist between each model and brand.

The following is a brief view of two of the major brands which offer thermal imaging cameras, covering the main models they produce, together with the benefits and pitfalls of each.

Seek is an established manufacturer of thermal cameras, some of which exist as standalone units while others are designed as add-ons for other gadgets.

The Seek Thermal Compact XR is the most affordable thermal imaging device in the range and has the ability to plug into many modern smartphones, including iOS-based Apple iPhones and a range of Android-powered products. Its sensor has a 206x156 resolution and a 20 degree field of view. It can detect differences in temperature at distances of up to 550 metres and will display this information at ranges of between minus 40 degrees Celsius and 330 degrees Celsius. Control is afforded by a downloadable application and it is able to capture still photos as well as videos with in-depth thermal imaging included.

The Seek Thermal CompactPRO FF is a more capable and costly counterpart to the standard XR model, boosting the sensor resolution to 320x240 and the field of view to 32 degrees. It shares the same detection and temperature ranges with its sibling, while adding features such as adjustable focus and a total of nine different colour palettes to choose from. Bundled with a carry case that is resistant to adverse weather conditions, this is a hardy accessory for people who want to turn their smartphone into a thermal imaging camera.

The Seek Thermal Reveal XR FF is a dedicated thermal imaging device which does not require a separate smartphone to function. Instead, it boasts a rugged camouflaged body, in addition to a built-in battery that provides operation for up to 10 hours before recharging is required. It takes less than 3 seconds to boot up, which is ideal for when you need to snap a shot in a hurry. It is also able to function fully whether it is day or night, with a built-in LED torch adding further utility if you are out and about in the night time.

The Seek Thermal RevealPRO FF follows in the footsteps of its smartphone-compatible cousin by increasing its resolution and field of view to 320x240 and 32 degrees respectively, making it easy to distinguish from the non-PRO equivalent. It has internal memory with 2GB of space available for storing thermal images, in addition to a super hard-wearing chassis which includes a screen protected by Gorilla Glass. The intuitive interface goes hand in hand with its high-performance potential, while inclusions such as a wrist lanyard make it the ideal companion for an outdoorsy individual with a willingness to go above and beyond to find wildlife.

While Seek is very much aimed at enthusiasts who are still looking to keep their wildlife camera budget relatively reasonable, Pulsar is a brand that caters to those who have rather more money to lavish on their hobby, as well as to professionals who can justify the expense of its products because of the business benefits.

Pulsar offers a wide variety of thermal imaging monoculars and binoculars, including those that fall into the popular Helion range. The Helion XQ50F is a good example; this is a monocular offering a sensor of 348x288 pixels and magnification of anywhere between 4.1x right up to 16.4x, with a smooth zoom function that eliminates judder and jumping during use.

It has a built-in Wi-Fi module for ease of use in conjunction with other devices, in addition to the ability to record full-motion video with sound if necessary. The lens is interchangeable and it does not need to have a separate light source in order to function, ensuring that it will work regardless as to the conditions. Even thick fog and heavy rain will not interfere with its thermal imaging abilities over distances of up to 1.8 kilometres.

Pulsar’s binocular range is epitomised by the Accolade XP50. It offers a comfortable configuration to benefit the wearer during prolonged use; a higher resolution 640x480 sensor to deliver even more crisp detail when targeting thermal subjects; and a slightly extended 1830 metre detection range. Magnification is handled both optically and digitally, with the latter providing up to 20x zoom.

Another advantage of this thermal imaging camera is that it comes with separate modes which are pre-configured to cope with the kinds of conditions that users will encounter in different environments. In addition to offering an urban-oriented mode, it also has a setting suitable for use in the forest, which will clearly be relevant for wildlife photography connoisseurs.

Additional functionality such as range-finding capabilities will mean that you can not only identify subjects at a distance but even work out how far away they are. The icing on the cake is its completely waterproof design, which adheres to IPX7 standards.

Choosing a thermal imaging camera will be determined both by your budget and your specific requirements; there is no point going all-out with a Pulsar model if you are more interested in the convenient quick-snapping capabilities provided by the Thermal Compact XR from Seek, for example. Whatever the case, a thermal imaging wildlife camera can be a valuable addition to your line-up of natural photography kit.