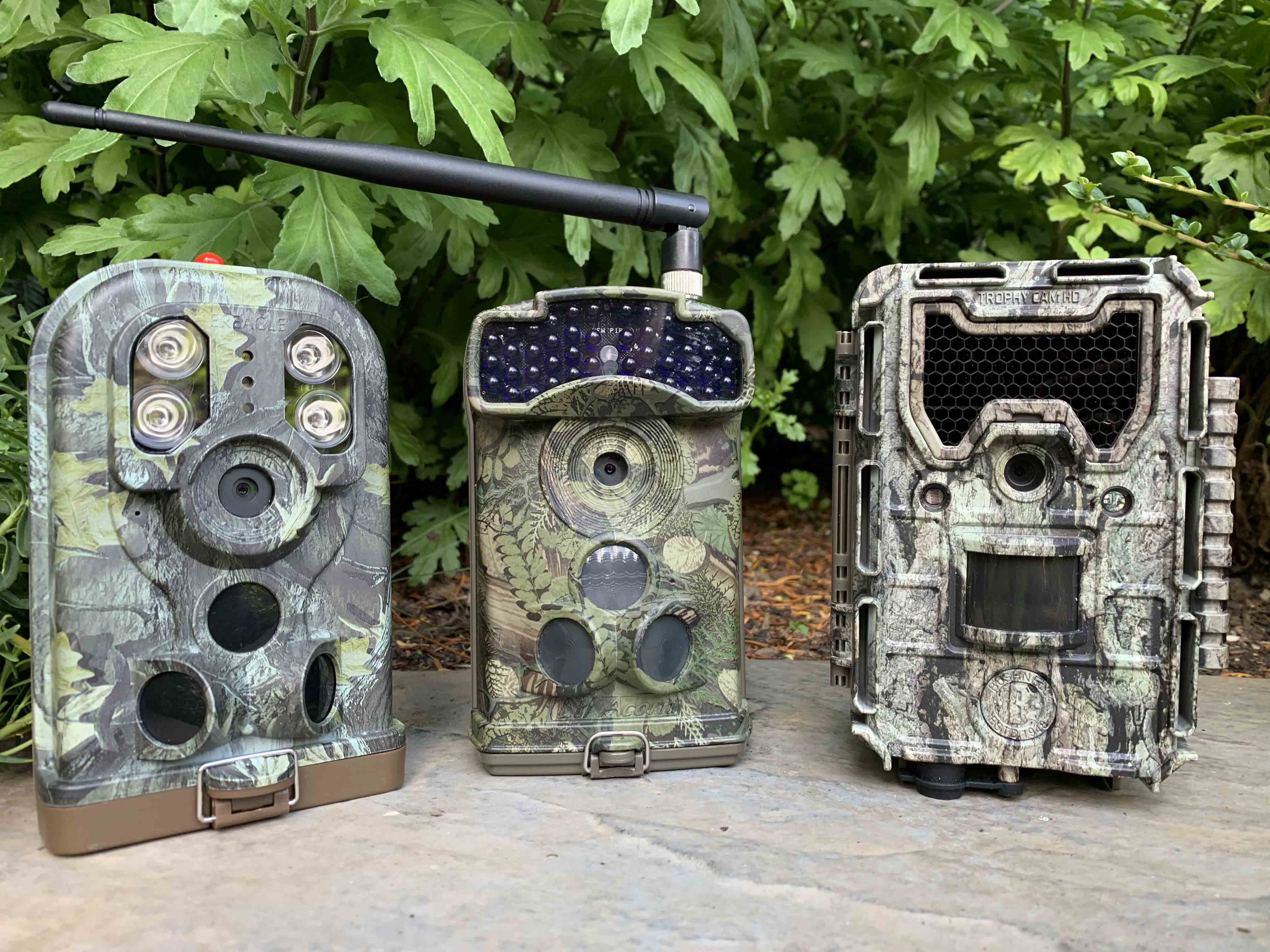 There are a number of reputable trail camera brands competing for a share of this marketplace. Here are the four biggest operators to consider.

We're proud to be direct official distributors of these brands and a large number of others.

One of the bigger selling trail camera brands, Ltl Acorn offers buyers great value for money as well as excellent portability across all of its high-quality products.

There are a number of selling points that Ltl Acorn brings to the table with its current range of cameras, most notably the use of 5 megapixel image sensors to create a maximum image resolution of 12 megapixels thanks to the clever use of interpolation.

High definition video capture is also included in most models, meaning that users can easily record animals in action and play back the video on other HD-capable devices, thereby enjoying clear resolution.

The 5 series cameras from Ltl Acorn are amongst its most affordable ranges, offering solid features including an integrated LCD display to allow videos and photos to be reviewed on the device itself without having to transfer them first. Time lapse modes are found on all models, together with low power consumption which means that just 8 AA batteries can keep the camera active for up to half a year.

The 6 series counterpart trail cameras are a little more advanced from a technical standpoint, offering wider viewing angles, larger LED arrays for greater visibility distances overnight, in addition to higher resolution video capture. It is also possible to use anywhere between 4 and 12 AA batteries to keep some of these cameras up and running, which offers considerable flexibility.

With durable designs all round and a lot of fans across the country, Ltl Acorn has been a successful player in the trail camera market for many years now.

Browning is an established supplier of trail cameras that are expertly designed to capture wildlife effectively in almost any conditions.

This brand is developed by a team with a background in hunting, although its cameras are just as suitable for wildlife lovers who want to shoot all creatures great and small purely in the photographic sense.

Browning’s range of cameras includes a number of models, as well as a range of accessories and add-ons which can enhance the performance of each unit or enable owners to upgrade or repair their camera as necessary.

Each of its cameras comes with a heavily camouflaged chassis that allows it to blend in with the surrounding foliage and make it less obvious to animals and humans alike. The company even sells secondary security boxes into which cameras can be placed for added protection against the elements, wildlife and theft.

The Command Ops range of Browning trail cameras includes several cost-effective models. Each of these offers high definition image capture as well as video recording capabilities. Built-in night vision ensures excellent performance after dark, while the convenience of battery power means that they can be used remotely without requiring a mains connection.

The Dark Ops family of cameras is all about stealthy operation, taking advantage of compact form factors to create a smaller footprint once installed, while also using LED arrays that do not alert animals to the presence of the camera during the night.

Higher end Browning trail cameras can be found in the Defender line-up, which is built for both wildlife photography as well as surveillance. All of the latest technologies and features are packed into this product series.

ScoutGuard is a specialist wildlife camera manufacturer that puts impressive specs at the top of the agenda when designing its devices.

It is particularly well known for offering trail cameras that can connect to mobile networks and allow for wireless transmission of images. This means that even if you set the camera up a long way from where you live, you can still stay up to date with the comings and goings of wildlife without having to visit the device in person.

Another important part of ScoutGuard’s line up are its ZeroGlow models, which as the name suggests, are equipped with LED arrays that do not generate light output that is in the visible spectrum. Furthermore, they make absolutely no sound when they operate, meaning that they can remain completely covert so as not to disturb especially cautious subjects.

Be aware that not all of ScoutGuard’s cameras offer time lapse capabilities and its video capture resolutions are relatively limited, with some models settling for 640x480 recordings that are a long way from the full HD footage that competitors offer. However, it does offer reliability and top-notch build quality, which is definitely a key consideration in the context of a camera that will need to remain outdoors for extended periods.

Battery power can be used, while a mains power option is available on most ScoutGuard models if you want to keep them permanently active without the need to swap cells regularly.

EREagle is one of the few trail camera manufacturers that has introduced so-called ‘smart’ models which are designed to cater to the expectations of modern mobile-savvy users. Its principal models in the Smart range feature built-in Wi-Fi connectivity which lets them link up with a smartphone and allow for remote interactions via a custom application. Some examples even come with a separate remote control, enabling precise inputs without the need for the app.

Even the EREagle trail cameras that do not have ‘smart’ features included are still very well equipped by current standards. There are network-enabled examples that can transmit images via text or email, provided that there is adequate network coverage. 1080p video capture at 30 frames per second is achievable on every one of EREagle’s trail cameras, showing its commitment to footage as well as still photography.

The inclusion of impressive motion detection hardware with each model, together with super fast trigger times, allows even the speediest of subjects to be detected and captured.

The chassis of EREagle’s trail cameras have been tested to achieve an IP68 rating, which means that they can remain unaffected even if the weather takes a turn for the worst.

Tested in a variety of different locations, from sun-soaked plains to snow-capped mountain ranges, EREagle’s cameras can be put to work wherever you want to capture wildlife. Amateurs and pros alike will be happy with the results that are offered by the various models it produces.