Badgers in the UK 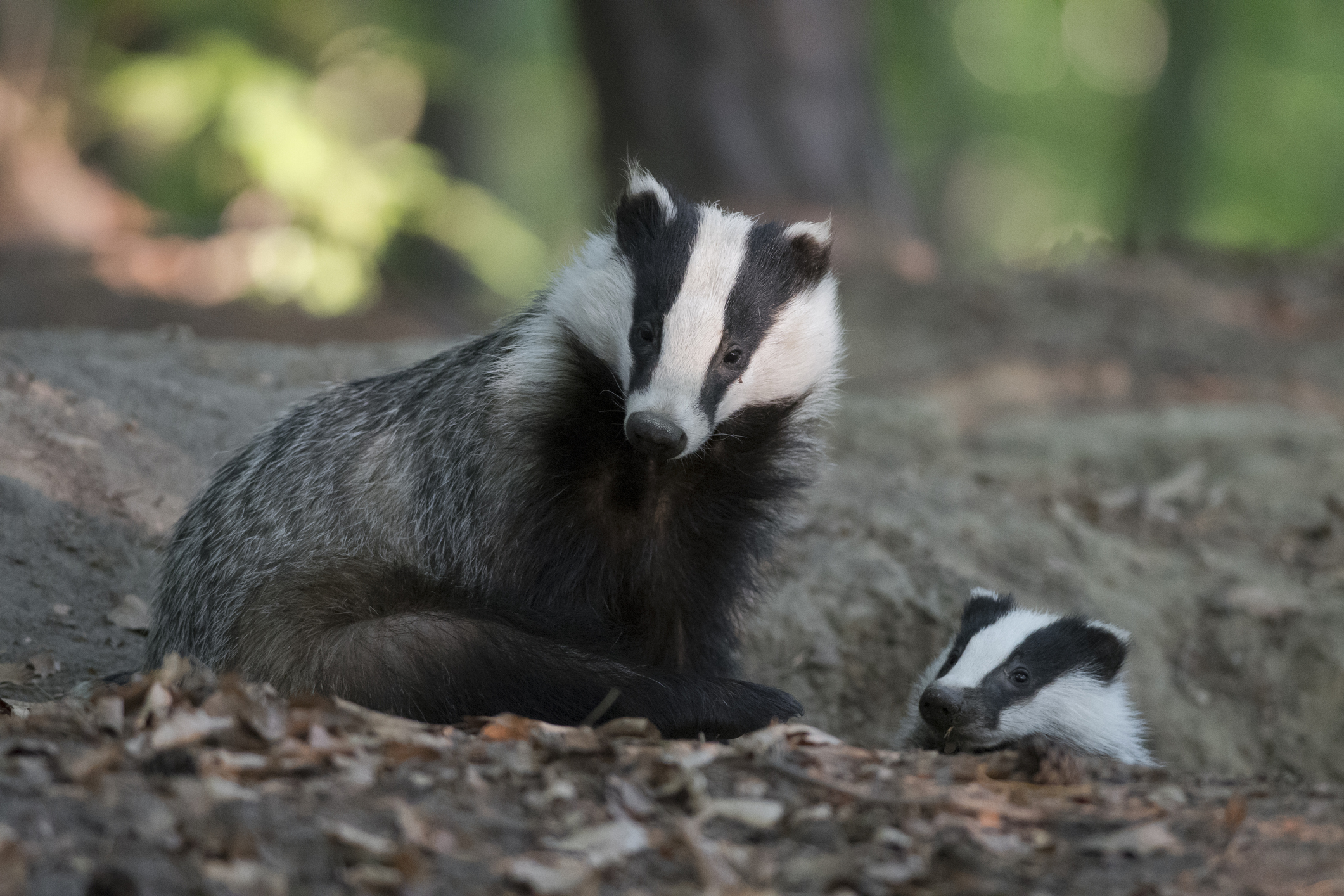 Badgers are the largest predator to inhabit the countryside of the British Isles, which may surprise many people but is a result of the fact that larger rivals such as wolves and bears were eradicated from these shores centuries ago.

If you are interested in finding out more about these fascinating animals, read on for a rundown of all there is to know about badgers in the UK.

Badgers are relatively weighty beasts, tipping the scales at anywhere between 8 and 12 kilos and measuring up to a metre in length when fully grown. In spite of their size, they are of the same family as much smaller creatures including otters and stoats.

Their distinctive striped faces make them incredibly easy to identify and they are actually fairly common across the country, with roughly the same numbers of badgers as foxes to be found in many regions.

Their powerful front limbs and stocky bodies are ideal for digging into the earth to create setts, where they spend most of their time when not out foraging. Unfortunately for most people, seeing a badger that has been killed by a car is all too common, which is why it is important to be vigilant when driving at night.

It is recommended that you lower your speed on roads where badgers are likely to be found, while also making use of the highest headlight setting to maximise visibility. If a badger is seen crossing the road ahead, don't assume that it will be alone; a second or even a third animal could be close behind, getting ready to cross.

Badgers are happy enough to hunt for food in the daylight, although they are more active at night when their coats provide them with plenty of camouflage against the shadows of foliage and shafts of moonlight.

One of a badger’s favourite treats is the earthworm, of which it can consume vast numbers in a single stint of foraging. They are also partial to eating hedgehogs; unsurprisingly no other predator in Britain will attempt to consume these spiny creatures. The badger happens to have skin that is sturdy enough to withstand the hedgehog’s defences, in addition to making use of its digging claws to handle this spiky prey.

Badgers are not purely carnivorous and are known to eat fruits and grains, as well as the bulbs of plants ripped from the earth as part of their earthworm hunting activities.

Badgers are a social animal and will usually live together with five or six other adults. Groups can be much larger than this, sometimes in the double figures, although this is a rarity.

The society of a badger sett is based upon an ever-shifting hierarchy, with male and female adults asserting dominance and redressing the balance on a regular basis. There are a few other interesting behaviours to note, including the fact that they actually choose to defecate in trenches dug away from the sett. This is not a hygienic decision, but rather one which better allows the badgers to control their territory.

The sett created by badgers merits some discussion in its own right. It is a fairly complex structure that is not made up of a single chamber, but instead, a series of interconnected underground spaces. It is not unusual for badgers to have more than one sett within the boundaries of the territory they control, although there will always be a primary place of residence within which all members of the group spend their time.

Badger cubs are helpless creatures for the first couple of months, requiring constant care and attention as they develop in readiness to venture outside of the sett. Litters can contain between 2 and 3 cubs on average and within half a year, the cubs will have grown large enough to feed themselves without the need for one of their family members to provide for them.

Badger families will be fierce in their defence of their territories, jealously guarding the best areas in which to find the choicest morsels. Injury or death is not unusual when badgers battle one another, giving them something of a fearsome reputation.

In recent years, badgers have been pinpointed as problematic in the UK because of claims that they are spreading tuberculosis between cattle in rural regions. This has led to a campaign of culling, in addition to counter-efforts by activists trying to prevent the wholesale slaughter of these animals.

Different sources have different views on this issue, with the Wildlife Trust being one of the organisations which argues against the cull, citing evidence which suggests that any such action would only serve to spread badgers more broadly across the countryside and exacerbate the spread of the disease, rather than containing it.

If you wish to do something to reduce the need for a badger cull, participating in a scheme to fund vaccinations through charitable donations is an option. Getting in touch with your MP is another route to consider if you want to ensure that badgers are a feature of the UK for generations to come.

There are also some challenges to consider if you are thinking about helping the badger population to sustain its current levels. The RSPCA points out that while it is possible to feed badgers by leaving out dog food, fruits or meat cuts that have been cooked, doing so comes with its own problems.

Chief amongst the issues associated with feeding badgers is that this will encourage them to return regularly, which in turn might result in the creation of a sett on domestic land. It is illegal to disturb a badger sett or interfere with them directly in any way, so if this is not desired, steps should be taken to actively dissuade them from visiting.

Removing food sources is a good start; indeed some suggest that humans should not feed badgers at all, even deliberately, as this may cause them to become reliant upon supplies rather than foraging for themselves.

Because they live in setts dug into the earth, badgers prefer places with suitable ground. They can make their homes just as easily in woodlands as in grassland and farmland. However, they are also resident in urban areas, provided that there is adequate green space to sustain them. Finding them in gardens is a possibility, as discussed earlier.

The broader badger family is surprisingly large, encompassing a wide range of animals that are found in North America, Africa and Asia. They may look different as separate branches of the same evolutionary tree, but the intercontinental cousins of the European badgers that live in the UK are similar in some respects, especially when it comes to their bulky bodies and powerful legs designed for digging.

British badgers are the largest of their kind, although arguably nowhere near as fierce as the honey badger. This critter lives in parts of Africa, as well as areas of Asia, and has been known to take on potential predators many times its own size and weight. The fact that the European badger reigns supreme on British soil is perhaps unsurprising in light of the aggression in its DNA.