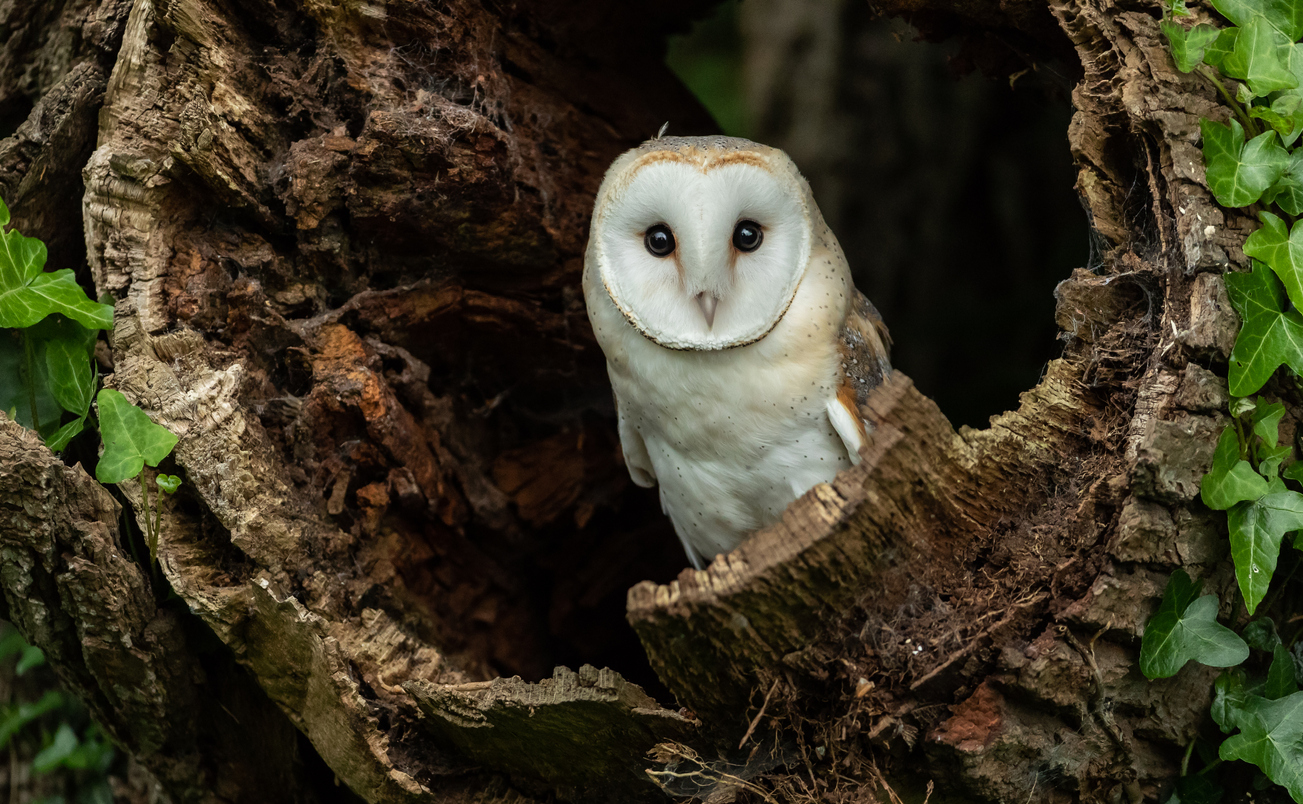 Barn owls (Latin name: Tyto alba) are easily recognised by their heart-shaped faces that seem to be set within a circular ruff of smooth feathers. These beautiful creatures are found widely distributed throughout the UK and are a popular attraction in wildlife sanctuaries. Barn owls are mostly active around dusk, when they hunt for small mammals such as shrews, mice and voles, and their soft feathers allow for almost silent flying, meaning that their prey is usually unaware of their presence until it is too late. Unfortunately, these incredibly soft feathers are not waterproof, so they quickly become soaked if it rains.

Barn owls are lethal and effective predators, with everything about them designed to help them catch their prey. Exceptional hearing means that they can hear the smallest of sounds, and the fact that they have one ear higher than the other means that they can pinpoint exactly where that sound is coming from. This super-sensitive hearing also means that they are able to hunt even in total darkness.

Despite their name, barn owls are more likely to be found living in rough grass and hedgerows that have a fairly deep layer of dead grass and leaves. This is also the best habitat for much of their prey, and the barn owl spends much of its time flying low over hedges, ditches and fields.

Adult barn owls can live to approximately four years old in the wild, although it should be noted that most barn owls die young and do not reach adulthood. The mortality rate of owls that fledge (have grown to the stage where they have the feathers necessary for flight) is approximately 70%, so anything that can be done to encourage the nesting of these iconic birds is welcomed by charities such as the RSPB.